Skip to navigation
You Have the Right to Remain Silent. Use It. CONTACT YOUR ATTORNEY 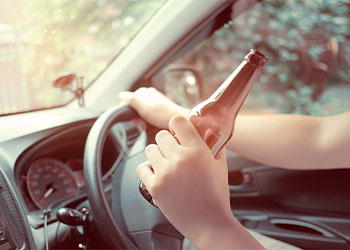 Thousands of Californians are charged with driving under the influence (DUI) of alcohol each year. Many people are convicted of DUI because of the misinformation and myths surrounding drunk driving laws in California.

If you have been charged with DUI, one of the first things you should do to protect yourself is contact an experienced criminal defense attorney. An attorney will clear up any misconceptions about DUI charges and advocate for your rights to help you get the charges reduced or dismissed.

Many people facing DUI charges in California do not fully understand the state’s drunk driving laws. However, it is critical to know what charges you are facing in order to determine what defense options you might have in your case.

California has some of the strictest DUI laws in the United States. Like most other states, California sets a “per se” blood alcohol concentration (BAC) limit of .08%. Under California’s zero-tolerance policy, the BAC limit for underage drivers is .01%. If an adult driver is caught driving with a BAC level of .16%, .20, or greater, they may face enhanced penalties.

There are dozens of myths that surround DUI charges in California. Below is a roundup of some of the most common myths debunked:

Those are some of the most common DUI myths—but it is certainly not a complete list of myths and misconceptions surrounding DUIs in California.

Fight Your DUI Charges with
a Skilled Defense Attorney

If you have been charged with DUI, do not try to handle your case on your own. Fighting DUI charges may feel complex and overwhelming when you do not have a skilled defense attorney on your side. Attorney Ryan Roth represents people facing DUI charges in Modesto, California, and throughout the state to protect their rights and help them avoid mistakes that can have lifelong implications. You can schedule a consultation with Roth Legal, A Professional Law Corporation to discuss the specifics of your case and your best chance at moving forward.

California Changes the Felony Murder Rule Are Parents Responsible for Their Child’s Crimes? The Costly Consequences of Ineffective Representation The Consequences of Parental Kidnapping